NewsThe museum-factory of history of technology and ferrous metallurgy development
﻿ 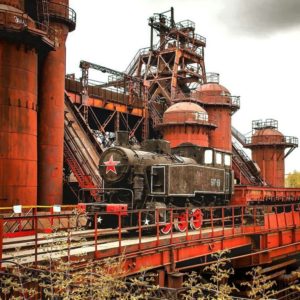 Today it is the first Russian Museum-factory for the development of engineering of ferrous metallurgy. The museum was established in 1989. From 1725 to 1917 it was the best and well-kown iron-smelting and iron-making factory that was built by Demidov, and after 1917 it became a famouse Nizhny Tagil factory.

During our excursion you will know all stages of development of a typical Ural plant using different energy sources: water, steam, electricity. You will visit such exhibitions as “Blast furnace production”, “Open-Hearth production”, “Power Economy” and “Rolling stock” that always acttract visitors’ attention.

Near the Museum you will see the tower that is situated on the mountain Lisiya. It is an architectural monument and an integral part of the historical landscape of Nizhny Tagil.
Initially, in the XVIII century the tower was wooden, in the early XIX century it was replaced by stone. This tower was a fire tower. During a fire people could hear the bells’ ring from the tower and they could see red lanterns on the tower.

After the reconstruction of the tower, that was done in 2015, tourists have a chance to visit a small Museum telling about the history of the tower, about the different ways of its use: as a watchtower, as an Observatory, as a fire tower and even as a monument of love N. N. Demidova and E. A. Stroganova (Demidova)