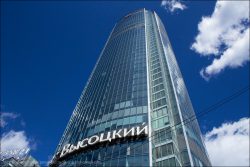 During City- tour you will learn the history and legends of Ekaterinburg. The excursion starts in the heart of Ekaterinburg – the Historical Square of the city where you will see the city plan, the monuments of city founders, the dam, the chapel of St.Ekaterina – the patroness of the city. During the excursion you will walk along the old streets of the city that represent the style of the XIX century, see theunique monuments of industrial architecture of the XVIII century, mansions of XVIII-XIX century – Sevastianov mansion, Kharitonov-Rastorguev mansion, learn the literary and theatrical life of Ekaterinburg and also see the face of modern Ekaterinburg -city. You also will visit the Church on the Blood that is situated instead Ipatiev House where Nicolas II and his family lived and were killed. Then you will visit Viewing platform "Vysotsky"

During Author's Tour "Secrets of the Kharitonov's mansion" you will learn secrets and legends of the Mantion of Kharitonov&Rastorguev, tragic life of its masters, fate of the house and the park during the Soviet period and story of the Cathidral at "Voznesenskaya hill".

The price includes: transfers, guides, transport, excursions according to the program, tickets.
The order of excursions may be changed.
Also we can book for you the Hotel in the centre of the city, tickets to the theatre or other entertainment.